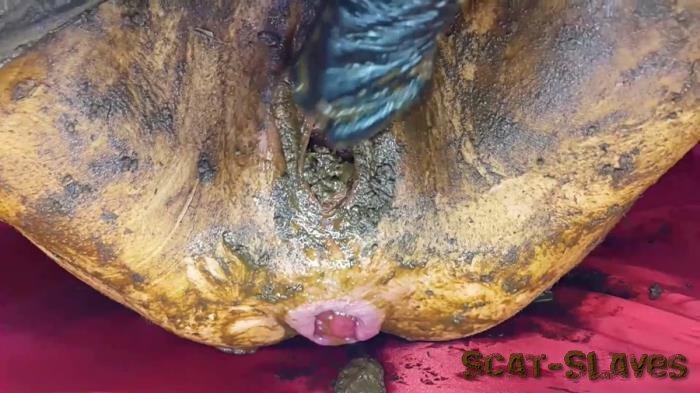 I’m wearing white pantyhose today so I piss and made a nice soft pile of shit in them. I smear and crush shit and then break my tights. The shit is very sticky and soft, contains pieces of food and seeds, so I want to stuff my pussy later. So I put aside a piece of shit for later and take my black dildo. I fuck pussy and then asshole in different positions again and again. Now it’s time to stuff my pussy and fuck the ass until my pussy is full of shit. I let out shit out of pussy but a small part stayed inside. I’m fucking dirty pussy and ass again and smear all shit on the feet, toes, pussy and ass…