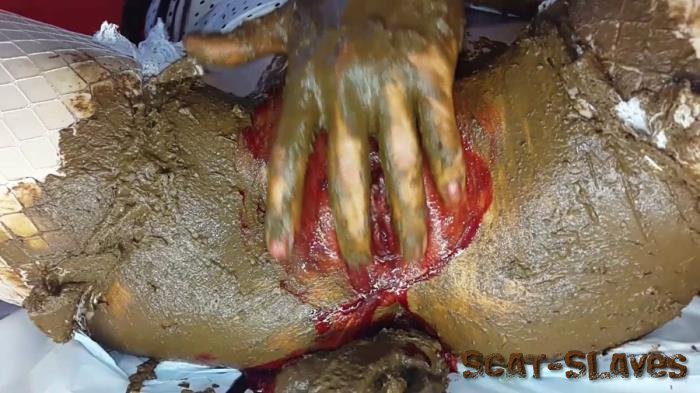 Since shooting a video with 7 saved shit is delayed because of the unexpected start of menstruation and I miss the crap in my pussy, I decided not to deny myself the pleasure today. I wanted to shit so much, I even forgot to say hello. My shit is trying to get out, my ass is already dirty. I fart a little and make a perfect pile of creamy shit. My menstrual cup is shown from a pussy, and I take it out and to put it aside for later. I piss, fuck bloody pussy with a glass toy then fuck my ass and get some more shit, then I fuck my pussy with a dirty toy. I take the shit and start filling my pussy…oh, how I like it! When the pussy was full of shit I wipe it with wet napkins and let out my beautiful long shit from pussy. Filled my pussy a second time and poured the blood from the menstrual cup, rub it and smear it a lil. Then let out shit form the pussy again with some blood and a little shit is still inside mmm…I take the toy and fuck my pussy again, smear bloody shit on ass and pussy…