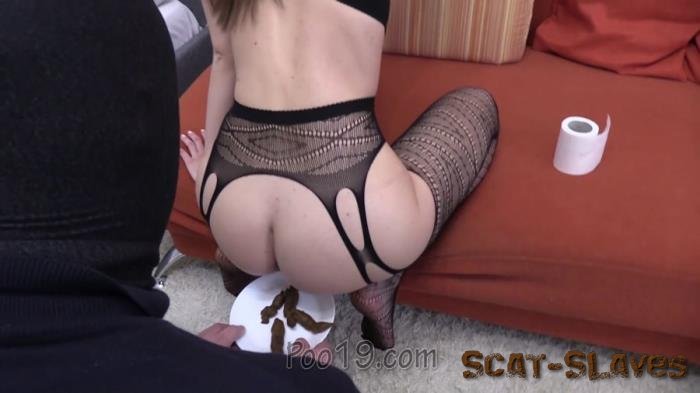 This is his first experience and it was really difficult for him. Karina tensed and her ass gave out more and more shit, Mark was shocked and looked at the pile that he had to swallow. From time to time Karina asked him to lick the anus so that she could relax. He moistened her smelly anus with his tongue and she relaxed and gave new portions of shit on a plate. Mark held her in his hands and the plate became heavier. The shit stank terribly, Mark looked at Karina’s sweet hole, which gave out sausage after sausage. Then Karina ordered Mark to collect the female discharge with a finger and lick it off. 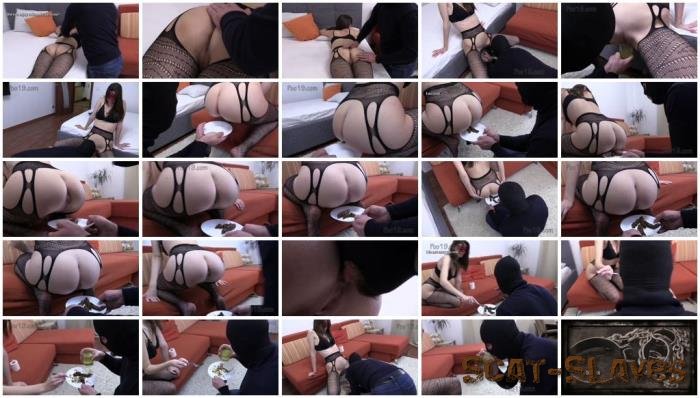