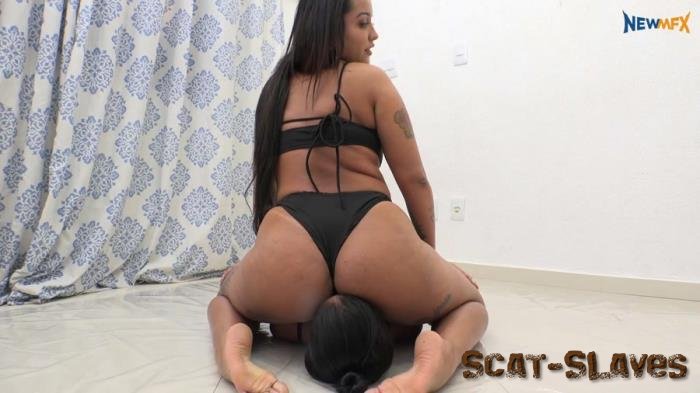 Ju is exhausted as she has been trying to unclog her domme's bathroom all night. When Babi arrives, she finds her sleeping and sees that the bathroom is still clogged, she doesn't think twice: she wakes the slave to use her as a toilet! First, she sits with her huge buttocks and makes the girl's face disappear in the middle of her ass, stifling her while punishing. Soon after, she makes Ju lie down on the floor, takes off her clothes and begins to relieve everything she needed to let loose in the toilet. Jets of piss are scattered and Ju gets drenched in yellow liquid, as well as the mountains of poop that come straight out of Babi's ass and are scattered across the slave's body. Ju cries, and Babi is amused to see her covered in shit, with the brown folder all over her body! 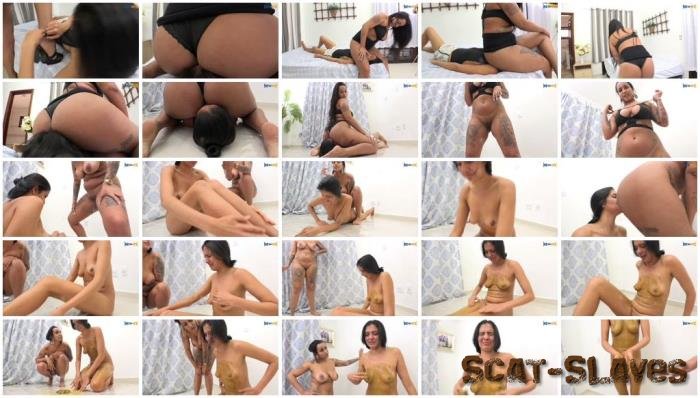