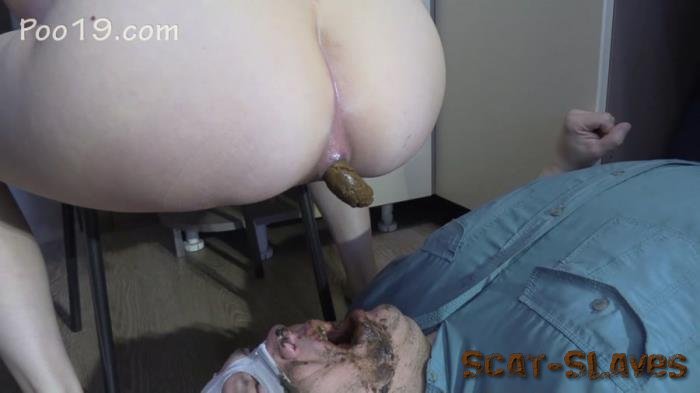 Lick my feet and swallow my shit. The duty of the toilet slave is not only serving the girls as a toilet. He should do everything to make the girls comfortable and good. Spring has come. When walking outdoors, the legs often become dusty and dirty. This time the slave had to lick off the dirt from the feet of each of the three girls. Karina, Lisa and Yana invited him to their place, and first of all forced him to do it. And after that, as usual, he accepted the shit of each of three Mistresses. Greater resilience had to show when taking shit from Yana. Her shit was liquid, very smelly. In addition, it was almost black due to the fact that she ate activated charcoal. The black slush covered the face of the slave, and he ate this slush with great difficulty. It was easier to eat shit from Karina and Lisa. They gave soft and fragrant sausages, which the slave had to catch with his mouth. Karina, after feeding the slave with her shit, gave out an additive. The shit of all three girls was bitter because they had drunk the day before. And they were very happy, emptying their intestines into the human toilet. 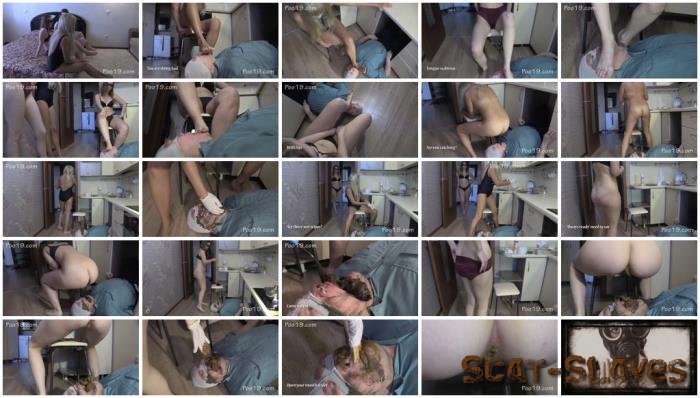