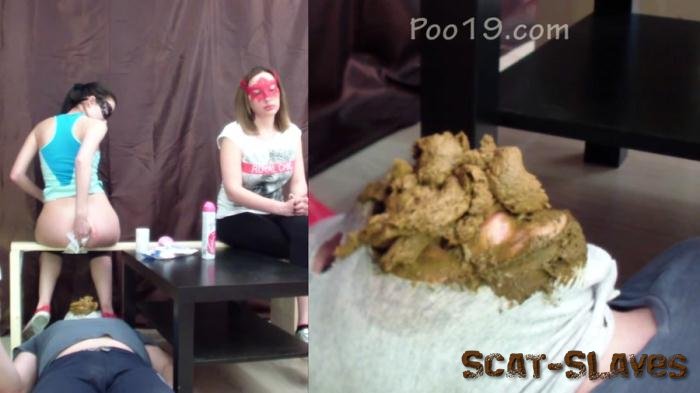 2 sweet asses treated me with morning shit. The bell woke me up at 9am. The hoarse, sleepy voice of Christina said - I'll be with Jana in an hour and I must prepare the studio. Usually they did not come so early. Yana used me first. I hoped that the first one would be Christina - her shit I love much more and to deserve it I had to go through Jana first. When I was serving Jan, Christina hurried me - I also want to shave faster! It was Christina's turn, she took off her leggings from her beautiful and young ass, and I watched the view from below. Christina poured out a big, warm and tasty bunch in my mouth - her taste and smell became native to me. Her shit massively fell into my mouth with a fart! I heard her say - finally - she experienced the pleasure of freeing herself from shit! Christina hard fed me, the girls were free of shit, they were pleased and laughed. It's nice to feel in their shit the remnants of undigested food, such as corn, peel, bone! 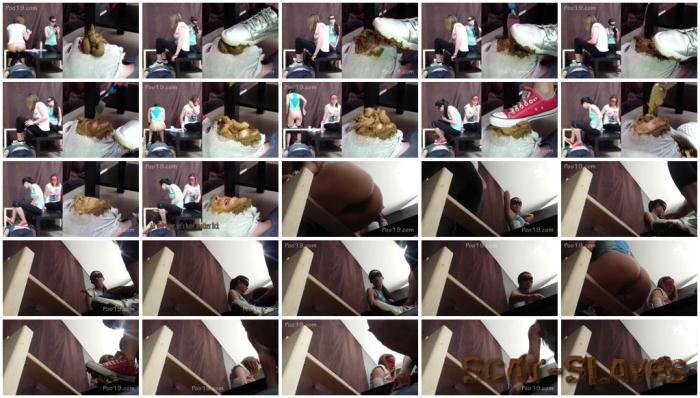