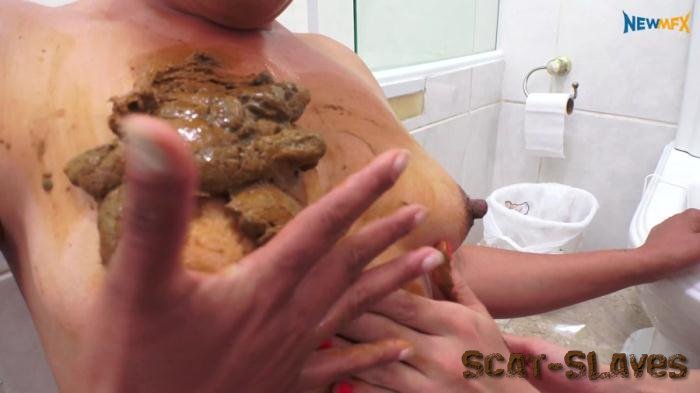 Diana is using the bathroom when she looks to the garbage and saw a toilet paper with shit from her queen. Diana can't resist and start to lick the shit on the paper. Mary enters in the bathroom and saw Diana eating her shit on the paper, the goddess decided to give a fresh shit to Diana, directly from her dirty ass. 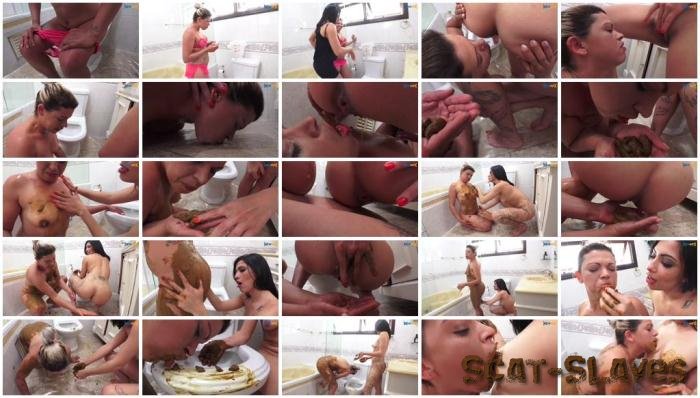